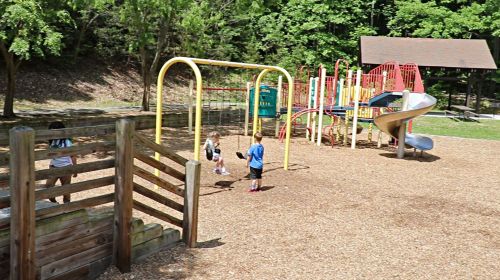 Recreation options may be expanding in the county.

The Board of County Supervisors (BOCS) are discussing projects that could make up a proposed $200 million park bond at a work session on Tuesday.

They include a field complex that may be built in western Prince William County. A state-of-the-art aquatics center and 220,000-square-foot track and indoor athletic facility are being considered for the Woodbridge area.

“I can’t think of a better way to remember the legacy of John Jenkins than to build these facilities for our kids, for everybody and make all of our lives better,” Stewart said. “That’s what John would want us to do.”

Eastern Prince William County’s most recent indoor recreation center, The Chinn Aquatics & Fitness Center in Woodbridge, was built in 1992, according to Stewart.

In addition to the three facility, the BOCS is looking into maintenance projects.

“The board is going to look at the community need — both in terms of what they want in the future and current assets we have — and can select and prioritize the projects that would comprise that bond,” Department of Parks Recreation and Tourism Spokesperson Brent Heavner told What’s Up Prince William.

County residents will be able to vote on the bond referendum on Election Day on November 5.

They can receive additional details at the work session, which is occurring at 2 p.m. and 7:30 p.m. at the McCoart Administration Building, 1 County Complex Court in Woodbridge.

Feedback and information about the bonds will be covered at a meeting organized by Stewart’s office. It’s running from 7 p.m. to 9 p.m. on May 21 at the Hylton Performing Arts Center in Manassas.

“If [community members] want to learn more about the board’s vision for the future of recreation in Prince William County and they want to learn about how they can stay informed and influence that process, then they should attend those public meetings,” Heavner said.