Budget proposal presented to Board of County Supervisors 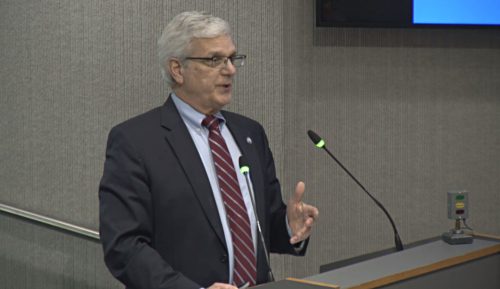 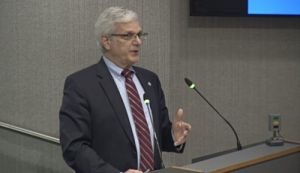 Representatives are taking schools and emergency personnel into account as they begin to look over a proposed spending plan.

Prince William County Executive Chris Martino presented his fiscal 2020 budget proposal to the Board of County Supervisors (BOCS) at a meeting last week.

The meeting was held in the Board Chambers of the McCoart Administration Building in Woodbridge.

If approved, the $1.2 billion plan would allocate about $607.2 million to Prince William County Public Schools (PWCS), as part of its revenue sharing agreement.

Martino is also recommending that the county set aside $10.5 million for the second phase of a plan that aims to recruit and retain fire and rescue personnel.

During the first phase, which is being implemented this year, officials are providing raises to employees.

A public hearing on the spending plan and tax rate is scheduled for April 9. The BOCS plans to adopt the budget on April 30.

Martino’s presentation and a video of the meeting are available on the county’s website.