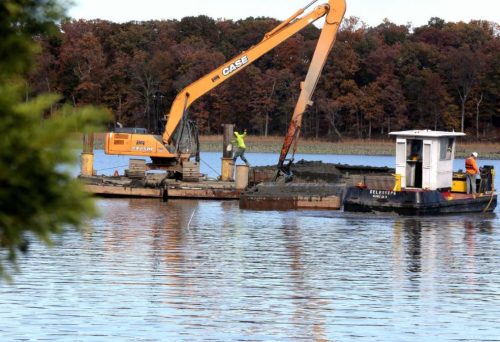 Neabsco Creek is just about ready for boating season.

Officials have finished dredging the federal channel, according to a release from the county.

In the fall, project leaders began removing millions of pounds of soil to address the waterway’s silting issue.

Stakeholders and local representatives asked the Coast Guard to reconsider the decision.

They also requested the United States Army Corps of Engineers to perform a study on the waterway, which was less than 4 feet deep in some places.

The corps of engineers is responsible for maintaining the channel. However, it lacked the funding needed.

A grant of up to $750,000 was designated to the project by the Board of County Supervisors (BOCS).