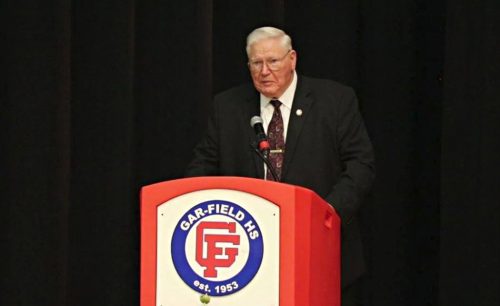 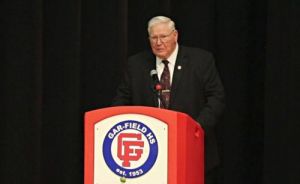 John Jenkins cared about his community.

For the past 36 years, the Prince William County Supervisor went beyond what was expected to connect with community members and ensure their safety.

The Board of County Supervisors’ (BOCS) Neabsco District representative was admitted to the hospital at the end of last year. He was being treated for severe pneumonia, which he developed after undergoing knee replacement surgery.

“Our family is truly grateful for the care, support and kindness of the medical staff and caregivers and for the outpouring of prayers and concern from all of our many family members, friends and thousands of supporters who knew and loved him,” Jenkins’ family said in an email from Prince William County this morning.

Jenkins was the county’s longest serving Supervisor, a position he held for 36 years.

He played key roles in numerous projects and, in recent years, focused more of his attention on revitalizing Neabsco District.

The two-tour Vietnam Veteran worked with county staff to get a grant for the Sustainable Design Assessment Team (SDAT) study.

“We have used the SDAT study in the last five years as a guideline for new development or revitalization in the Neabsco District,” Neabsco District Supervisor Chief of Staff Kelly Easterly explained.

Jenkins also instructed staff to apply for a Transportation Land-Use Connections (TLC) Grant. Staff members from his office are working on the Dale City Small Area Plan, which is expected to be implemented at the end of the year.

Revitalization wasn’t Jenkins’ only goal. He was also committed to safety.

The Dale City resident used funds to connect sidewalks in Dale City. He added streetlights throughout the Neabsco District, as well.

“The PWC Streetlight Program was a program that he utilized heavily to ensure community safety,” Easterly wrote in an email.

Jenkins wasn’t glued to his desk.

Instead, he made sure to connect with county residents by visiting them in their homes.

“I can’t tell you the number of times I’ve met with a constituent and they said to me, ‘I can remember when Supervisor Jenkins stood right here in my living room,’” Easterly said. “A lot of politicians — there’s more of a buffer between them and the constituents typically, and he was not that way.”

Jenkins sparked inspiration among many members of the community, including Former State Delegate Rich Anderson.

Anderson met with Jenkins after he was elected to the House of Delegates in 2009 in what was meant to be a 30 minute conversation.

The meeting extended to several hours, and the two officials developed a close friendship.

“He and I shared a tradition every year of trading a hand salute at the Dale City Independence Day Parade. In fact, I frequently stated in public forums that ‘When I grow up, I want to be John Jenkins and Chuck Colgan,’” Anderson wrote in an email. “Ruth and I extend our heartfelt sympathies to his wife, Ernestine, and their family. Prince William County will always be indebted to them for sharing John with us for so many years.” 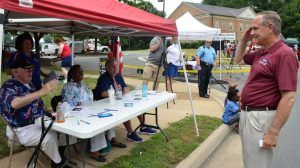