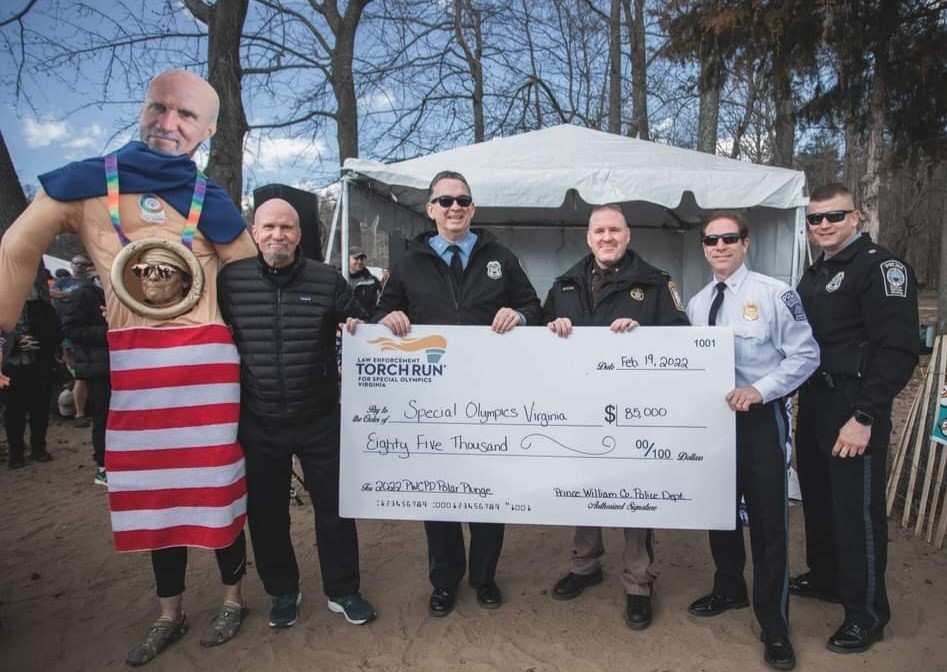 The Prince William County Police Department thanks the community for its support in raising money for Special Olympics Virginia, including participating on Polar Plunge teams.

Money raised during the Polar Plunge benefits Special Olympics, an organization which is supported by law enforcement officers throughout the United States and in 45 countries.