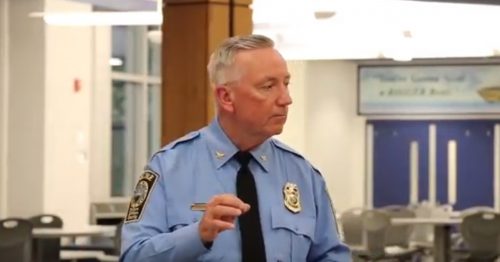 Written By: Whats Up Prince William

The Police Chief announced today that he is wrapping up his 44-year career with the department in July, according to a release from Prince William County.

“It has been an honor and privilege to serve Prince William County. My family and I are grateful for the opportunities and support that Prince William County has provided to us,” Barnard said in a release. “I want to express my sincere appreciation to the staff of the Police Department for their friendship, dedication, and outstanding service to the community. I will miss them very much.”

Deputy Chief Jarad Phelps is expected to step in as Acting Police Chief when Barnard retires on July 1.

Since he began at the PWCPD, Barnard has served in a variety of roles, including Assistant Chief of Police.