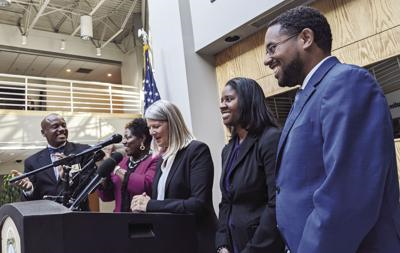 Some of those who have been elected to the Board of County Supervisors (BOCS) spoke at the McCoart Administration Building in Woodbridge on Wednesday afternoon.