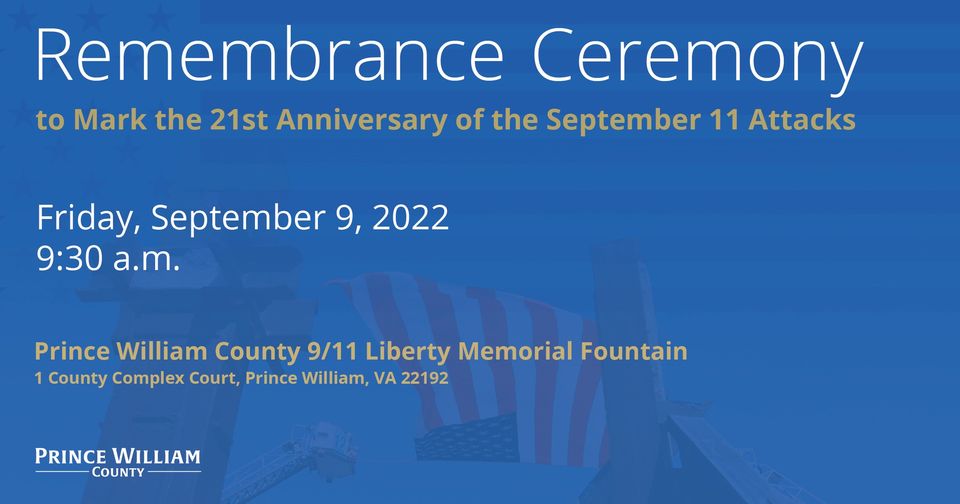 Prince William County lost 22 people on Sept. 11, 2001, more than any other community in the region.

On Friday, Sept. 9, the county will host a remembrance ceremony at 9:30 a.m. at the Liberty Memorial, between Prince William Parkway and the James J. McCoart Administration Building, at one County Complex Court. The ceremony will mark the 21st anniversary of the 9/11 attacks, honoring and remembering the county’s fallen and the nearly 3,000 others killed in the attacks that day.

The ceremony will include a moment of silence, remarks from Prince William Chair At-Large Ann B. Wheeler, a wreath laying, a benediction, and the playing of taps.

The Prince William County Fire and Rescue Department will perform the Tolling of the Bell during the ceremony to mark the county’s loss. Traditionally, fire and rescue departments rang a bell in three sets of five tolls to mark when a firefighter died in the line of duty. The bell ringing is a custom brought forward from the days before telephones and radios.

Prince William County residents who died on 9/11 include: