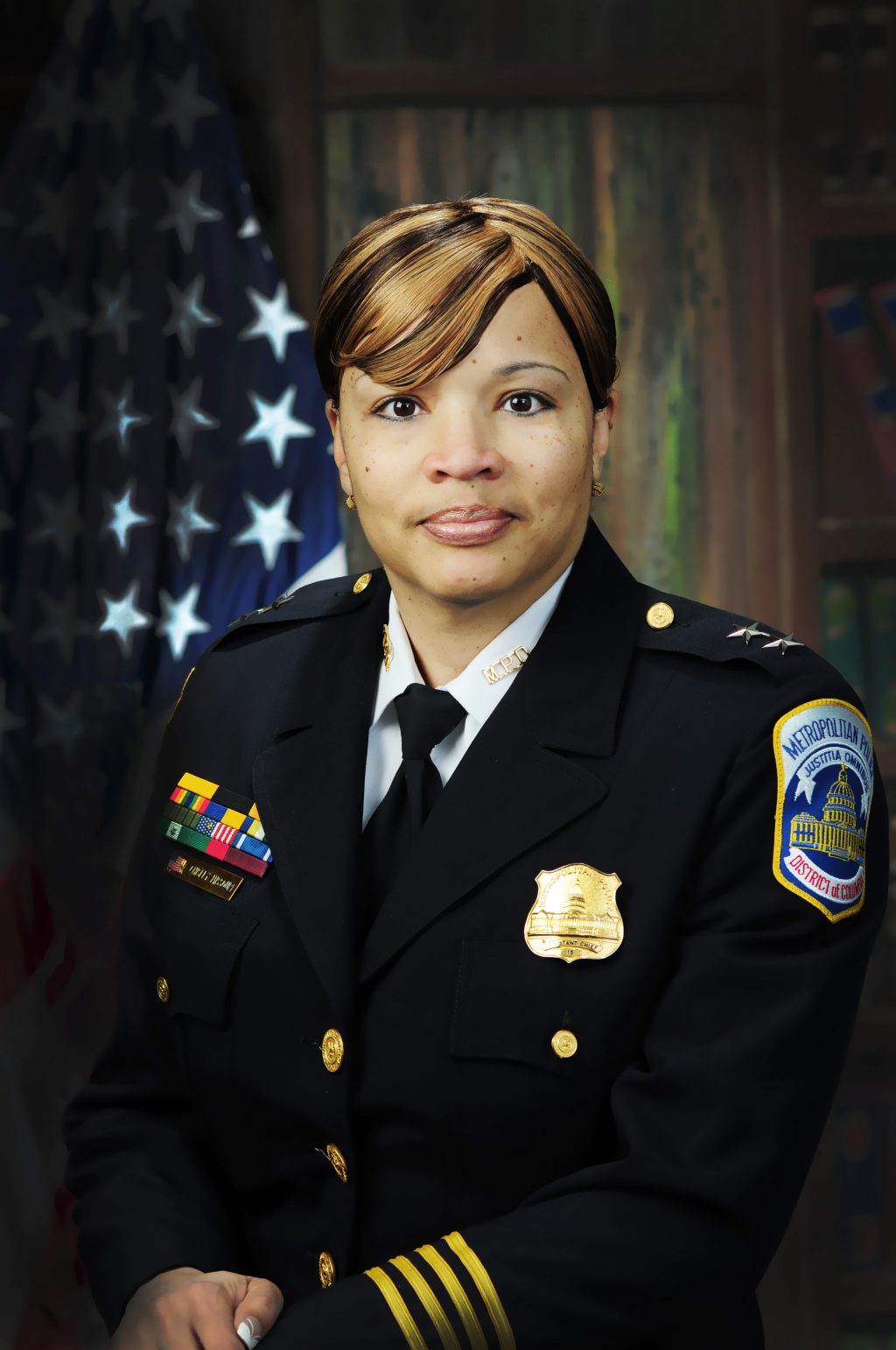 Police Chief Peter Newsham is pleased to announce the appointment of Kimberly C. Chisley-Missouri to assistant chief (rank of major) following a nation-wide search. This selection comes after the recent retirement of Major Dawn Harman in December 2021. Major Chisley-Missouri is the first African American woman to serve as an assistant chief with the Prince William County Police Department.

Chisley-Missouri is a native of Washington D.C. and has nearly three decades of law enforcement experience, beginning her career with the Washington D.C. Metropolitan Police Department (MPD) in 1990 where she assigned as a patrol officer in the Second District. Major Chisley-Missouri was first promoted in 1998 and served in various assignments including patrol, the Disciplinary Review Division, Office of Human Resources, and in direct support of then-chief Charles Ramsey.

In a command-level role, Chisley-Missouri was promoted to captain in 2007 serving in patrol before being assigned to the Internal Affairs Division then as the Deputy Director of the Youth Investigations Division. At the rank of commander, Chisley-Missouri returned to patrol where she earned the Crime Reduction Award in 2011 and then Commander of the Year in 2012 for her keen sense of addressing crime, her coordination with other agencies, and her outstanding commitment to the community. Chisley-Missouri was promoted to assistant chief in 2014 where she oversaw the Corporate Support Bureau. The following year, Chisley-Missouri commanded the Internal Affairs Bureau before retiring from MPD in 2018.