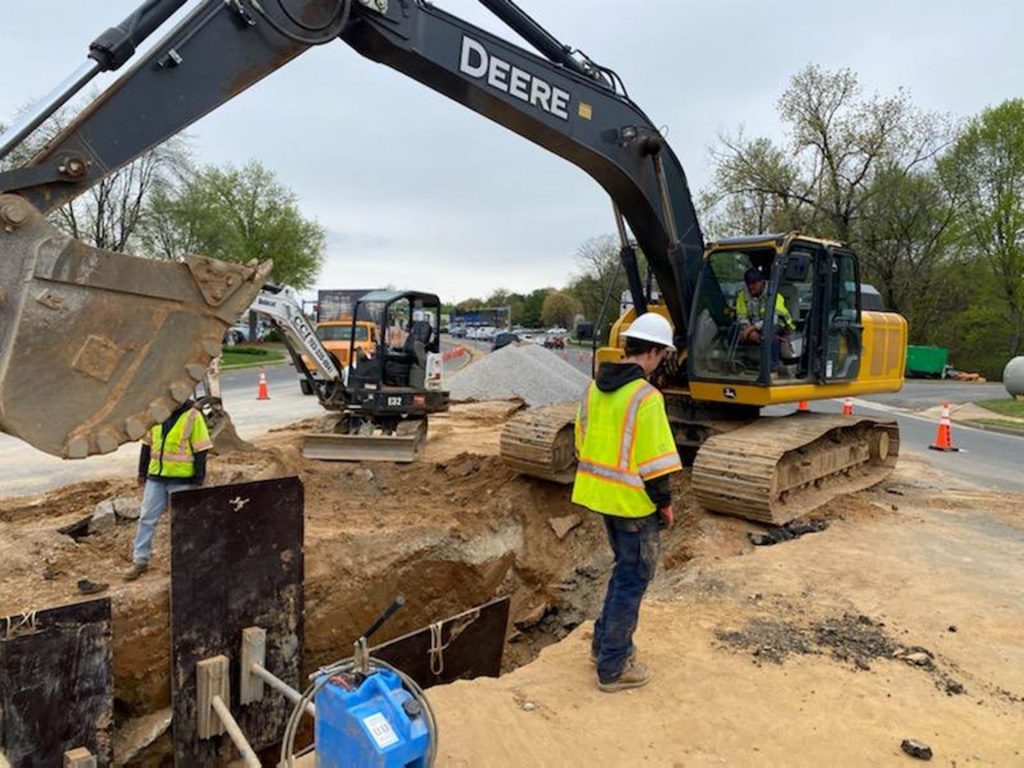 Work is wrapping up on the replacement of a stormwater pipe in Dale City.

Because of significant rainfall, an 84-inch pipe located between Saddler Lane and Roundtree Drive on Princedale Drive fell into Neabsco Creek.

This caused a sinkhole to appear on the Fourth of July.

In the weeks that followed, Virginia Department of Transportation (VDOT) crews began replacing it with a couple of 130-foot pipes, a project that was expected to be completed in August.

VDOT is planning to finish its work on the sinkhole by Saturday, according to Neabsco District Supervisor Victor Angry.

In addition to the sinkhole, crews have been replacing a stormwater pipe between Minnieville Road and Forestdale Avenue on Dale Boulevard.

Dale Boulevard eastboard has been completed, according to Angry. VDOT worked on the center lane on Tuesday night and plans to finish the westbound lane between today and Saturday.