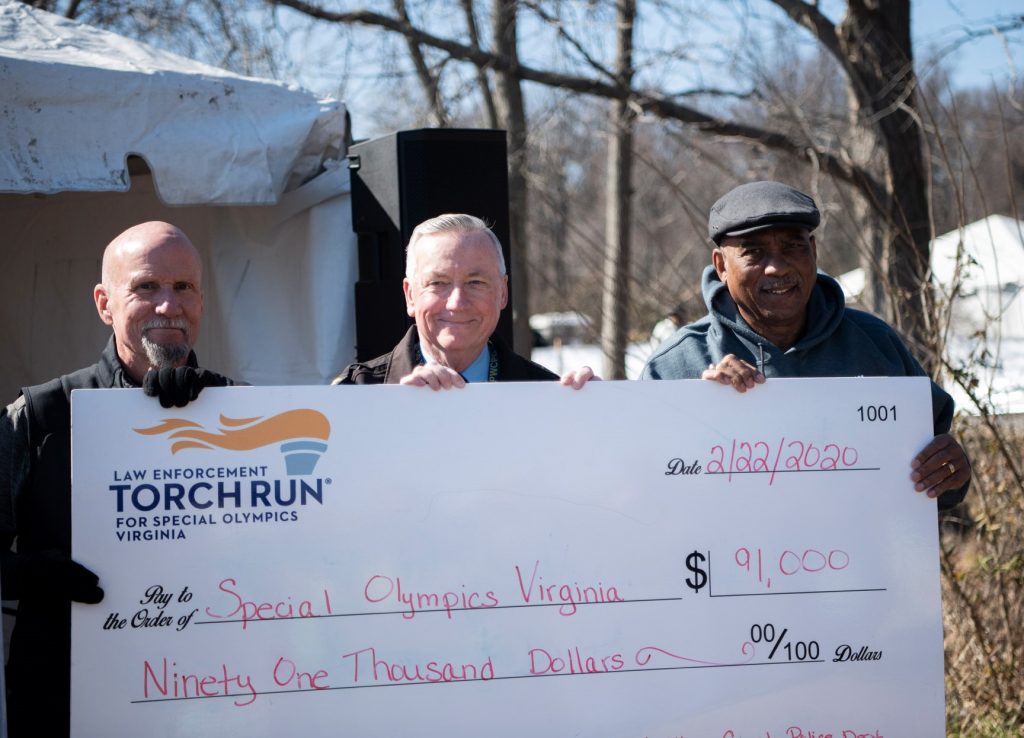 Written by: Whats Up Prince William

Prince William County, VA… The 2020 Polar Plunge to benefit Special Olympics Virginia was a success, raising $91,000 at the event on Saturday, Feb. 22, at Leesylvania State Park in Woodbridge.

Prince William County Police also thank this year’s host, Leesylvania State Park, as well as all the sponsors for this year’s event – especially Wawa and Mission BBQ, who fed all the volunteers.

The Polar Plunge benefits Special Olympics, an organization which is supported by law enforcement officers throughout the United States and in 45 countries.