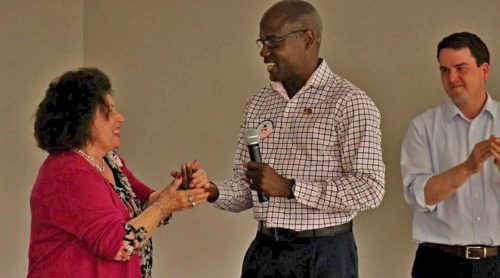 Neabsco District residents have a new representative on the Board of County Supervisors (BOCS).

Victor Angry, the first African-American Supervisor for Prince William County, was elected to the seat on Tuesday.

The Dale City Volunteer Fire Department (DCVFD) Technician will complete the remainder of John Jenkins’ term, which ends on December 31.

Angry is the founder of A is for Angry LLC, a leadership development company. He served in the United States Army for 23 years.

A swearing-in ceremony has been scheduled for 10 a.m. on Thursday. It will be held in the atrium at the Prince William County Government Center, 1 County Complex Court in Woodbridge.

Update: Video of the swearing-in ceremony is below.