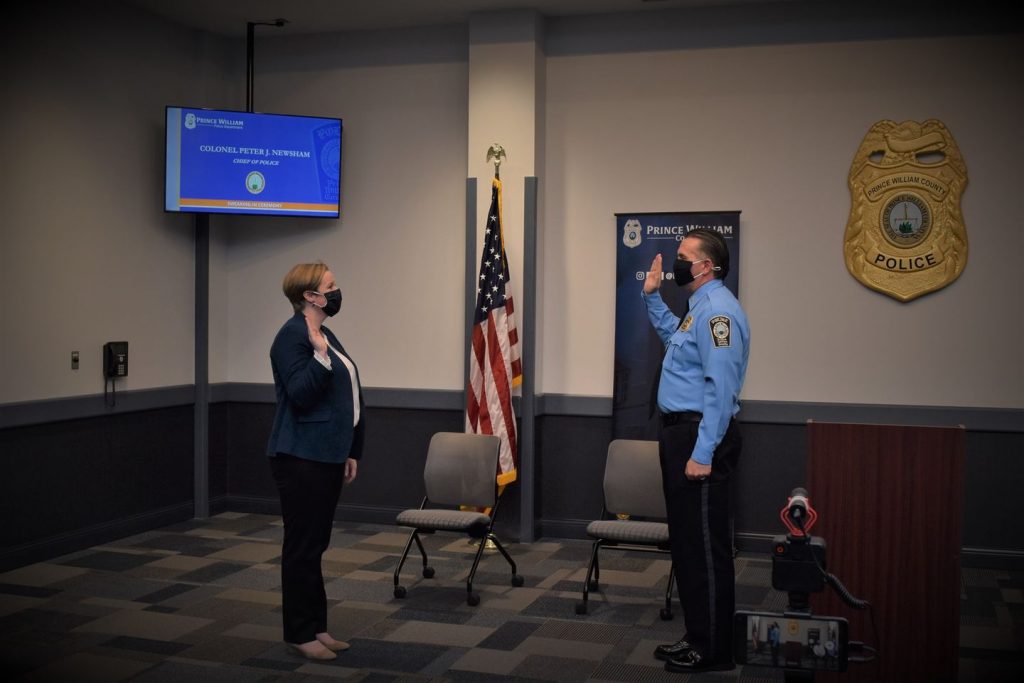 Chief Newsham was born in Providence, Rhode Island, and grew up in Weymouth, Massachusetts. He earned a bachelor’s degree in political science from the College of Holy Cross, and a Juris Doctorate from the University of Maryland School of Law. He has attended numerous police executive trainings and seminars and is actively involved in the Major Cities Chief’s Association and the Police Executive Research Forum. Additionally, he has attended the Anti-Defamation League’s (ADL) training on Law and Society, and the ADL’s National Counter-Terrorism Seminar in Israel.

Newsham will now lead the Prince William County Police Department as the fifth police chief since its inception in 1970. The Department has a budget of over $113 million and full-time staff comprising of close to 900 sworn and civilian members. Prince William County is the second largest county in the Commonwealth of Virginia with a diverse community of nearly 467,000 residents, stretching over 348 square miles.